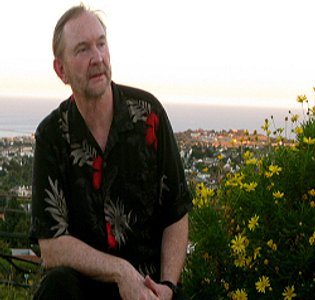 G eorge was born in Mount Vernon, Ohio, in about three feet of snow, and currently lives near L.A. Harbor in California, with his beautiful wife, Yvonne, and his wonderful daughter Noel.

R ight around 8 years old George sang his first song in public called "He's Got The Whole World In His Hands." Later in High School, his sister Peggy, played an active role in getting him involved in music, as he enjoyed playing Baseball and Basketball (his Mom wouldn't let him play football - but don't tell anybody). Peggy suggested he join the A cappella Choir at Antelope Valley High School, in Lancaster, California, directed by Stan Summers. So he joined Stan's Choir and fell in love with music. A few years later he cut a record called, On A Train, with the group FARM, and it entered the top 10 on local and regional Radio Charts.

A nd by Gods grace George received Jesus as Lord and Savior on August 8, 1973. A few years later, as a new believer, he began serving the Lord through the Music Ministry of Calvary Chapel Costa Mesa, and has been in the Music Ministry for many years.

C ommonly known by his family, but not by many friends, is George's love for Astronomy. He says when he looks at the night sky he sees God's fingerprints and thinks "who am I that God would care for me?" He believes that awesome things like the Stars, the Northern Lights, and the Milky Way, are only a taste of what God has prepared for those that love Him.

E nding on a lighter note, George has truly loved music all of his life. He began using his Mom's pots and pans as drums when he was just a little guy. And at a very young age he built a set of "brushes" from the bristles of a broom, 2 clothes pins and duct tape. He thought that was pretty cool until his Mom got after him for spreading her pots and pans all over the kitchen floor, and not putting them away when he was through "playing" them.